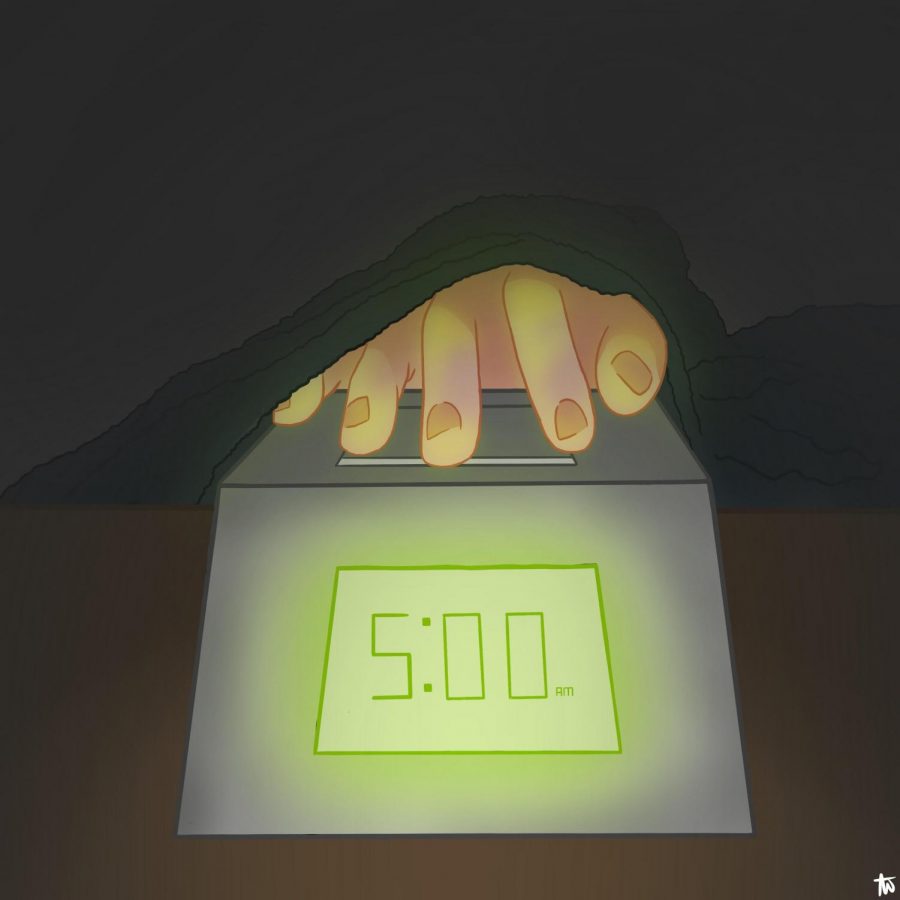 With the transition to hybrid learning, the Regional created a different schedule with more classes in a week and earlier starting times.

“I like the new schedule. Since I’m taking a few AP Courses, I was worried about having time to cover everything with the previous schedule. Now that I can meet with my classes more than two or three times a week, I feel better,” said senior Jamie Goodall.

Some students said that they did not mind the earlier starting times.

“Some pros of starting earlier are that you get everything done earlier in the day and don’t have to worry later on,” said freshman Sophia Mellen.

“The one thing that I do like about getting out earlier is that it is easier for me to do my end of day attendance, as a lot of teachers do not take their attendance until the end of the day,” said Lapierre.

On the other hand, some teachers noted that many students seemed to be affected by waking up earlier.

“I liked the 8:20 starting time better.  It seemed students were more awake and ready to learn with that extra hour of sleep,” said business teacher Janet Foss-Deluca.

“A person such as myself who has never been much of a morning person, I very much enjoyed the later starting time for school than the earlier time,” said Hale.

Some Mountaineers said that earlier starting time has disrupted their morning routine.

“Before, I could go to Dunkin’s or somewhere to grab breakfast, but now I’ve started to skip it again because I don’t have time to make anything or go anywhere,” said Goodall.

The staff of the Regional also found the extra time in the morning to be helpful.

“With the old schedule it was nice having a little more time in the morning to read emails and collect phone messages for absent students,” said Lapierre.

Some students said they missed certain elements of the previous schedule.

“I just miss the extra help blocks though, for some classes I needed it,” said Mellen.

Overall, students and staff appreciated different aspects of the two schedules, but some had a preference for which schedule they preferred.

“I understand why we start earlier due to bussing issues,” said Foss-Deluca. “But if given a choice, I would vote for the later time.”